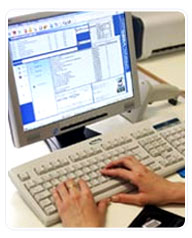 Unfortunately, computers are still a luxury item in Brazil, practically unaccessible to the middle and lower-end class. A study done by the American Association of Electronics showed that only 2,7% of the brazilian population today have access to the internet, and 90% of these users belong to the upper class (A and B). Therefore, only 25 brazilians out of 1,000 have access to the net, while in the USA 485 out of 1,000 are connected.

A reduction of the computer price to the end-user would benefit mostly the lower-end population, increasing the chances of this share of the population to compete in a crowded and competitive workplace. Studies indicate that a price reduction would increase the number of consumers up to 11 million new users.

Digital illiteracy is a powerful exclusion factor. Because of this, the Government of Argentina has developed a national plan to increase the digital education of its population by making available subsidized personal loans to enable the population to purchase their own PC.

Recently, the Brazilian Government has promised to deliver a powerful PC for under US$250. In addition, many federal and private banks have realized the growth potential of this market and made available low interest personal loans for the purchase of computers.

Besides the direct impact in education and knowledge availability by providing easy access of computers and internet to the brazilian homes, this trend would also have a positive impact in the economy as a whole, starting by hiring new workers to produce the new computers and printers, to telecommunications and finally, in the after-sale service market with the need of equipment repair and maintenance.

This is only the beginning of the race. The important factor to be considered is that Brazil does not have the luxury of being left out of this journey, so critical in defining in which world Brazil will be a leader, the First or the Third.